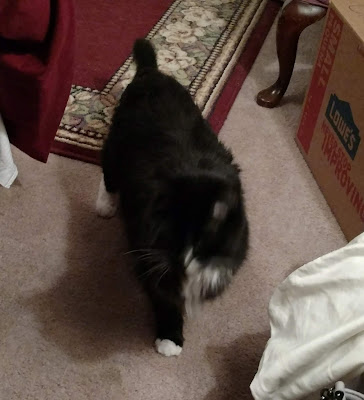 Matisse,18 years old and the leader of the pack. Very self assured and chill. 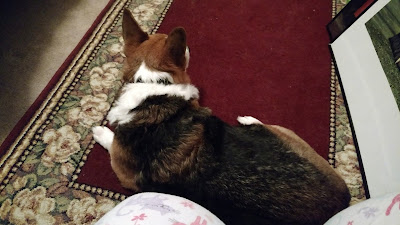 Tomba, 14 year old corgi. Very handsome, and sociable. He's started hanging out with me. I enjoy his company. Very calm. 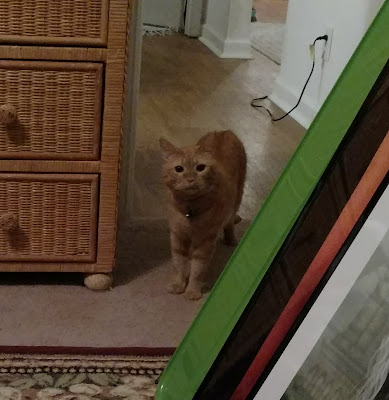 3 year old Oliver, born on this street. Today's escapade was dragging the plastic colander out of the sink and into the living room. Only an orange knows why. 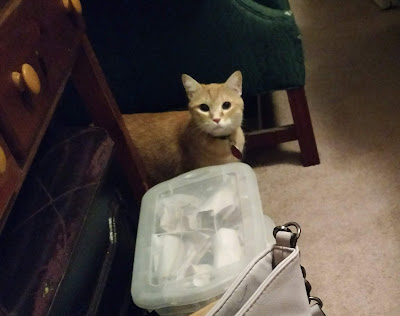 Raji. Young ladycat.
My room was hers until I moved in. 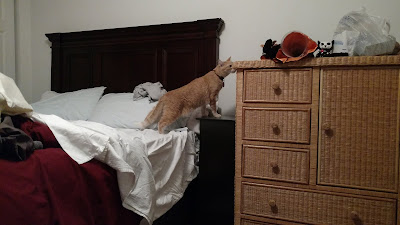 She's been exploring the cat smells I brought with me.

Not pictured: Sarah.
She's a three legged short haired tuxie not willing to be photographed yet.

This Is Why We Can't Have Nice Things 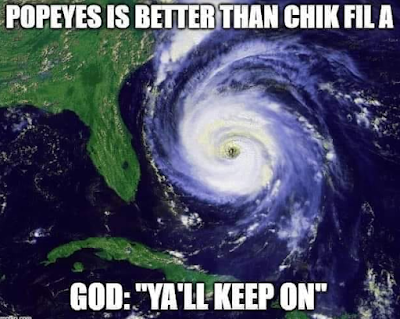 ** Thanks to my sister for sending this!
Posted by The Whiskeratti at 9:18 PM 12 comments: 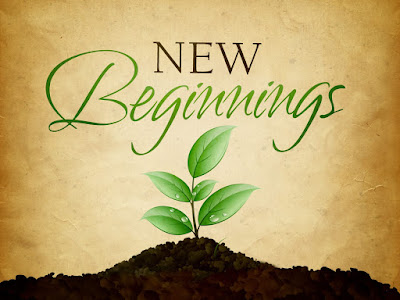 On Friday, by the grace of God, I was offered a permanent position. I'll be working for a really big insurance company, data processing homeowner's insurance paperwork, and also as a back up receptionist. The salary is acceptable, and my medical, dental and other insurance is 100% paid.

I am so, so happy not to be a temp anymore. I was grateful for the work, but it's dead end until you get picked up permanently somewhere. No benefits.

And... I found a room to rent. Next weekend my furniture goes over. Just what I can fit in a bedroom, and a ton of boxes, cuz I'm keeping as much of my life as I can. My nice washer and dryer (bought new in 2016) has found a foster home with someone I know. She will use the washer and store the dryer until I can get them back. I'm told washers go bad if they aren't used.

I knew the guy*** had animals, it was in the ad. He has a corgi named Toomba and four cats.
I was greeted on arrival by a welcoming committee of Toomba and 18 year old male tuxie Mattise,
and 3 year old orange mancat, Oliver. Ollie has the cutest wrinkled little nose.

There are probably not that many people wanting to room with four animals not their own, but I think folks here will understand how pleased I was to see them. I get their company without having to pay the vet bills. And... Oliver is actually available for adoption. His person took him in because he was a kitten born on the streets but wants him to find a forever home.

I'm not saying I will adopt Ollie - that is entirely dependent on my future finances -
but he is ever so cute. He doesn't really remind me of my Toby at all though, except for the color; Toby had a massive bone structure and just a totally different vibe than little Ollie.

So begins a new book in the story of my life.

*** I would have preferred to room with a woman but after five tries, I just ran out of time.
Posted by The Whiskeratti at 6:23 PM 18 comments: 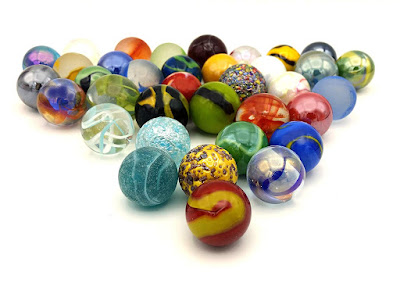 Yep, marbles! Today I was in a parking lot, looked down and there was a very nice marble on the pavement. And it instantly took me back to the days when I loved them.
I don't think I actually played much with them, I just liked collecting the pretty ones.

Moving on to other stones.. 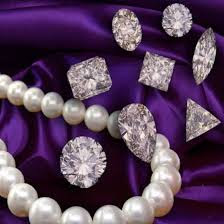 Today for an interview I wore my real pearl necklace. They are real, from Steinmart, only cost about $12 but they are real. Freshwater, cultured for probably a day, but still real pearls.
And you can tell just by touching them they are. I can only imagine what the high end pearls are like.

If I ever had any real money, I'd buy a top shelf pearl necklace, over any diamond necklace anyday. There is also a certain mystique to pearls that I don't think any other gems have.

https://www.surveymonkey.com/r/MCPQRXY
(I think I have the link fixed now)

Men can answer what they think their female loved ones prefer.