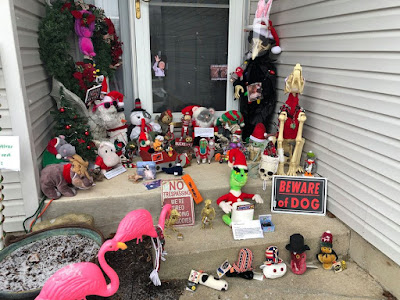 This is the story of Frank, a porch gargoyle. Frank has been guarding his human's house for three years. A neighbor - a "Karen" - complained that Frank should be taken down because he isn't "festive" and is not what she considers "in keeping with the Christmas spirit." And that, my friends, kicked off an epic prank war that Frank's human will never lose, because she is amazingly awesome at this. It culminated in a fierce, no holds barred battle between the porch denizens. You will be relieved to know that Good prevailed. With help from Chris Pratt and a terrifying weresloth.

She's a veterinarian, with cats, so we here in the Cat Blogosphere already give her two paws up. But she wasn't content merely to entertain (most of) us, oh no, she took Frank's fame and channeled this into good works for others. She asked for donations for area food banks, which has raised well over 100k (the money was given directly to them, she has no part in this).

Frank is known throughout the land now, with multiple news stories. Even George Takei weighed in! 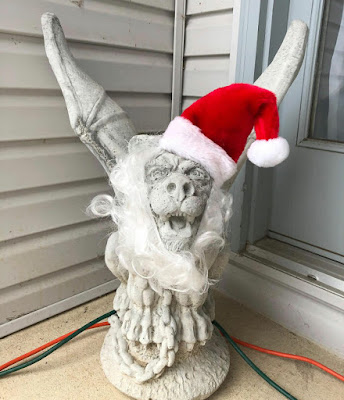 Frank can be found on his Facebook book. Well worth the read through all posts, beginning mid December.

This week's feline escapade brought to you by.... 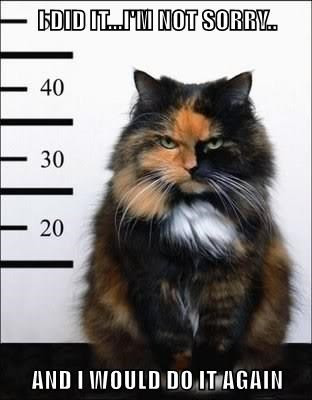 Miss Vina decided some time ago that she no longer cared to share one of the two water dishes with her doggo sister, and demanded separate accomodation. Her mom obliged with her own cup of water in her office.

All went swimmingly until two days ago. When she of the magnificent tailio knocked over the water cup..... splashing all over her mom's Mac laptop. The one she uses not only for rec purposes but also for her PhD studies, and for her teaching job.

This sent the laptop to Davy Jones' locker, permanently. Another EXTREMELY expensive Mac laptop was procured, but a week's worth of work was unfortunately lost.

At last report, Vina remained unrepentant, as only a feline can.

Happy Friday, and may your kittehs be less expensive in their naughtiness! 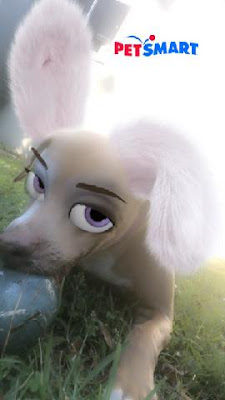 This very strange picture is what Brekke looked like yesterday, playing outside, with a freaky filter applied. My roommate couldn't get Vina to stay still long enough to try her.
Happy Easter !
1 Peter 1:3: "Praise be to the God and Father of our Lord Jesus Christ! In his great mercy he has given us new birth into a living hope through the resurrection of Jesus Christ from the dead."
Posted by The Whiskeratti at 9:23 AM 8 comments: