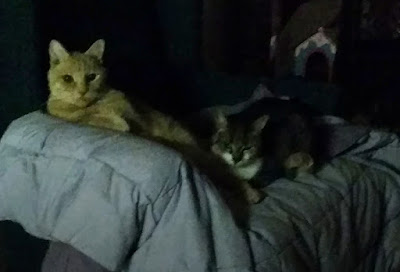 Today, I'm glad to share the post with Leia. Some days you just don't want to be alone...

Look, we all know what week this is. Honestly I didn't think too much about it until THIS morning.

Mom was getting ready for work, we were just wandering around and being cats, when -

The kitchen monster tried to eat us! It's true!! Mom said it was nothing****, just some baking sheets falling over in the cabinet and on to the floor, but we know better.

So now we're huddled up together and being watchful. Be careful furriends!!

***** This is why it's always the hoomins that get eaten by the monster! 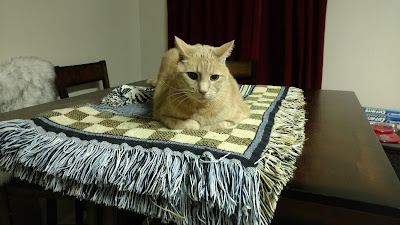 Dear furriends, can you believe our mom does not trust us?

There I was this morning, sitting quietly, and handsomely, right by the front door. Minding my own catly business, when mom gets ready to leave.

And makes me move! Without so much as a by-your-leave! Tells me she loves me but doesn't trust me not to get out the door.

Well. This cuts, lady. To the quick!

PS: she doesn't trust Leia either. 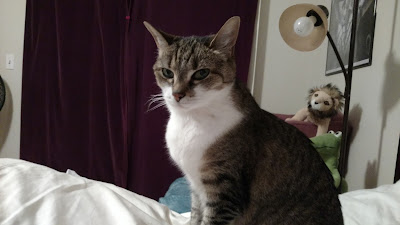 Furriends, we all know that squirrels are EBIL - they taunt us, say rude things.
If only that glass wasn't there.... BUT so much of other outside life is quite rude too. Like grasshoppers, and little lizardy things. Both of which mocked ME this morning. Can you believe it??

So I'm keeping watch right here for the next cheeky critter to show up.

Mom's Note About the Roof:

We rent, so I didn't know that the roof was being replaced until they knocked on the door last Monday morning. Turns out I would have gotten notice from the property manager, except the roofers decided to show up on Monday instead of Wednesday as planned.

Did I mention that Monday had an 80% rain chance? Tuesday-Thursday was to be clear.

This matters because... I get home on Monday at 6 pm and water has poured down through my bedroom ceiling fan, to soak the corner of my bed. The ceiling fan light globe had rainwater collected in it. Why? Because the satellite dish on the roof - the same one the roofers asked me about, and I let them know it was from a previous tenant, so feel free to remove it entirely - was left on the roof and "worked around".

So the water merrily funneled down through its nifty roof hole. And onto my bed. I was so upset I didn't even eat dinner that night.

I stayed home on Tuesday to be with the cats. I had no idea WHAT those idiots were going to do next. And it was pretty awful, so very loud. Leia did ok, Toby was only seen once to use the litterbox, and I had to coax him into doing that.

Never, ever, ever assume the workmen are going to use their brains and common sense.
Also, you get what you pay for - choose the cheapest, you get that too.
Posted by The Whiskeratti at 1:02 PM 14 comments: 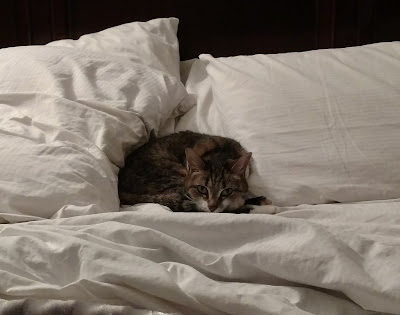 Oh my Ceiling Cat, dear furriends, you cannot imagine what we just went through.
I am so exhausted now, I simply can't get out of bed. 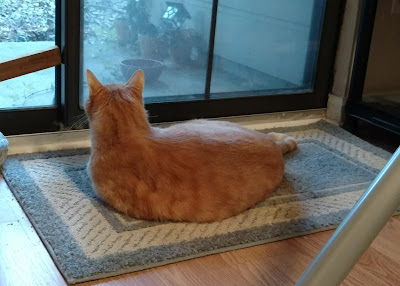 Yeah, I'm just gonna hang out here and try to forget Monday and Tuesday *ever* happened. 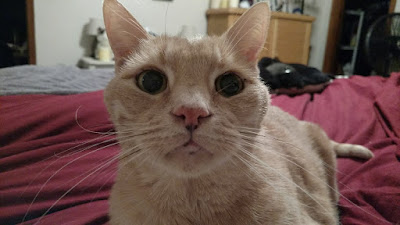 Well, not much new going on here... y'all already know about MS. Leia's
female insistences... but *I* know everyone really wanted to see
my handsome orange face.

We're finally getting some cooling off temps but this being Florida,
it doesn't mean a whole lot. My back end is starting to bother me a little bit again;
my arth-er-it-is flaring back up, I guess. Pesky thing.

Here's hoping to a great week for all of us.

PS: Ireland, we are really sorry Ophelia is heading your way.
Posted by The Whiskeratti at 7:50 PM 16 comments: 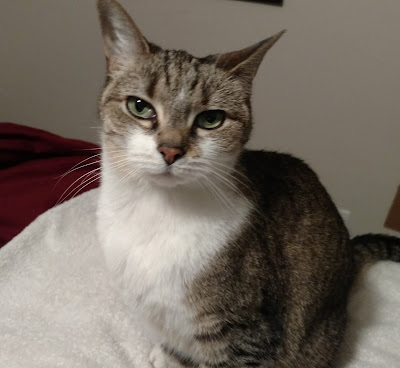 Yep, I'm doing Monday too; I have more to say.
I told Orange Boy he was just going to have to wait.

Do you want to know what he said? He said... "whatev" and rolled over to go back to sleep.

So, here is the thing: I'm 13 + years old now. A very mature ladycat, you see.
And do you know what Mom STILL calls me? "Young lady" and sometimes "MISS Leia".

Yesterday morning I sat Mom down and was VERY firm on this -
in future I am to be addressed as "MS. Leia".

And refer to me as a dignified mature Princess.

She said she understood. Of course she did, she's a female too. 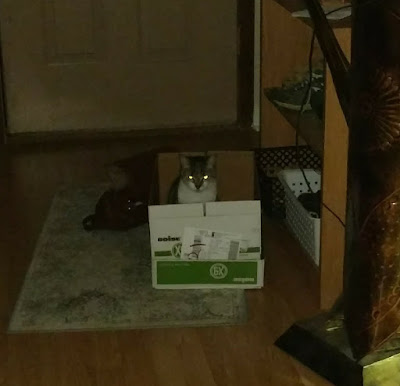 Yeah, Mom caught me the other night. I was just meditating in this pawsome box,
and she walked out of her bedroom at just the wrong time.
With her cell phone RIGHT THERE.

I have only thing to meow:
PLBBBBTTTT. 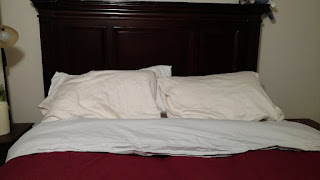 Here we both were snuggled up to the pillows,
head up, each of us looking intently at Mom. 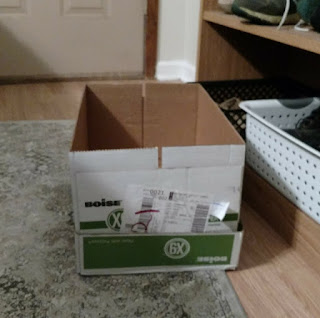 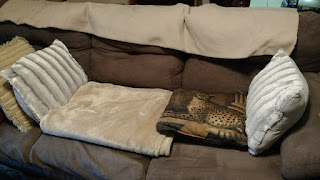 Both of us again, me on the blankie, Leia lounging on the big cat pillow.
Nearly touching.

Weren't these GREAT?
Mom did some serious squeeing. 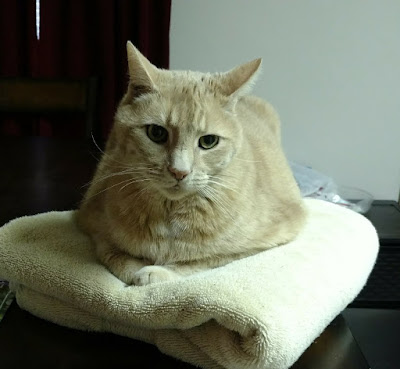 Oh, wait, that's right, you don't see anything do you?

That's because we made SURE mom was nowhere near her camera
when we showed off our excellent photogenic abilities.

Best way to ruin a photo op: don't let it happen in the first place!