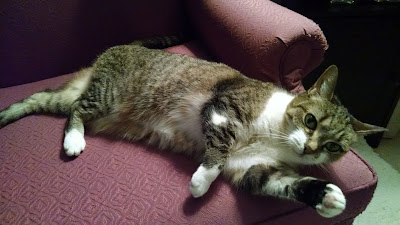 Almost twelve years ago, Mom needed a companion for... y'know, that orange person I'm not naming because this is MY week... so she went to the Stabby Place because they had a ladykitten who needed adoption. I was on the counter in a small PTU so people could see me. It has taken many years for me to not be traumatized by having to go into a PTU too.

I had just been returned that morning from another home. A lady had taken me but she had other furry folks there; I was so scared I climbed the drapes so I got returned. But it was noisy and crowded! It was awful. But then my REAL Mom chose me, and after I'd been spayed, I moved home. She said he, and I, were just that right age so she wouldn't bring me into the house until after I'd Graduated. 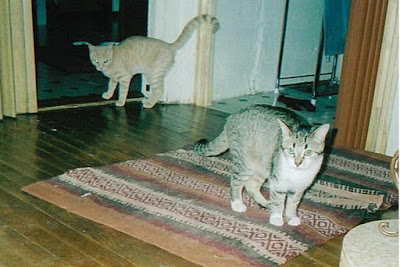 Me in my early days.

It wasn't so great at first. I got chased under a chair and stayed there for a long time, because SOMEONE was totally jealous. But eventually that all got worked out; this home was much quieter and nicer, and Mom gave me all the space I needed to adapt. I wasn't too sure about her either, then. 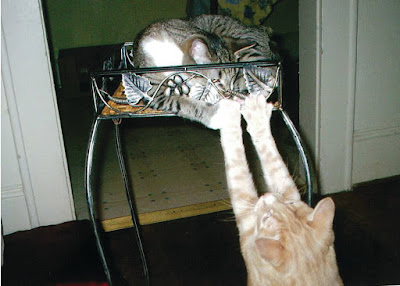 But now it's great. We're a family, I think Mom is splendifirous - I luff our girl time! - and I am definitely Princess of our household. I dispense nose rubs and head bonks to her on a regular basis, and I luff to sleep on the pillows with her too. 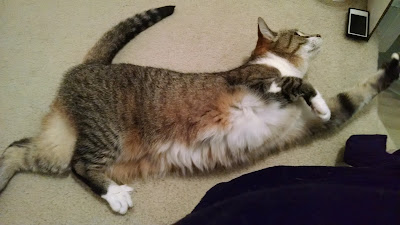 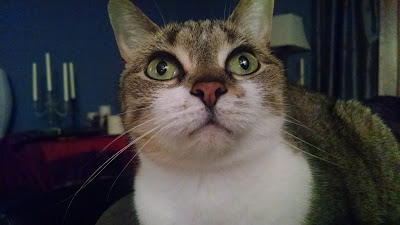 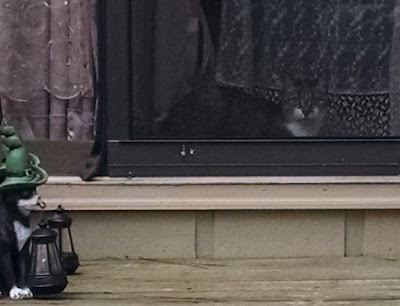 And that is the Story of Leia. Happy Wednesday!


Posted by The Whiskeratti at 6:12 AM